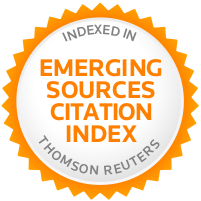 Dictionaries in Spanish and English from 1554 to 1740: Their Structure and Development

Modern lexicography originated during the Renaissance, with the revival of learning that spread throughout Europe. The revival of learning stimulated the compilation of grammars and dictionaries which, thanks to printing, were more easily available and circulated among travelers and merchants, reaching larger audiences. Interest in the study of vernacular languages also increased and promoted the compilation of word lists in modern languages. Spanish and English bilingual lexicography, in particular, is an important chapter in the history of the teaching of Spanish in Tudor England. This historical and comparative study is based on twelve dictionaries and twenty-two editions published in London between 1554 and 1740. The general question that this study tries to answer is this: what can the structure of the early alphabetical and topical Spanish and English dictionaries and their outside matter texts tell us about the principles of compilation lexicographers followed and about the purpose of their works? The investigation led, first, to a structural typology of books showing how the overall organization of topical dictionaries changed only slightly, while the relative position of grammars and alphabetical dictionaries was reversed. Together with grammars, lexicographical products serve a pedagogical function, but not every author follows the same pedagogical approach. These approaches find expression in the way a particular author organizes the component parts of his work. Second, subjects discussed are metalexicographical, metalinguistic or extralinguistic. Of these three types, the first one is the most common in both alphabetical and topical lexicographical products. Finally, an updated panorama of early Spanish and English bilingual lexicography is presented, one that, for the first time, includes both alphabetical and topical compilations and their interrelationships.

HEBERTO H. FERNÁNDEZ received his M. Sc. In Linguistics from the University of Los Andes, Venezuela, and his Ph. D. in Linguistics (Translation) from the University of Montreal, Canada. His areas of interest are historical lexicography, metalexicography, translation and terminology. In 1996 and 1997, he won two grants to do internships on terminology, terminological databanks, and standardization at the Départment de linguistique et de traduction of the University of Montreal. He was a member of the international research group that prepared Translation Terminology (1999), a quadrilingual vocabulary (French, English, Spanish, German) of the metalangue of translation didactics which has been translated into ten languages. Dr. Fernández has also presented papers for conferences in lexicography and terminology, including the 12th EURALEX International Congress (2006) and the 4th International Conference on Historical Lexicography and Lexicology (2008). He has published a number of papers on refereed conference proceedings and his work has been included in such refereed journals as the International Journal of Lexicography and Romanistik in Geschichte und Gegenwart. His first position as a professor was in the Translation Studies Department in the School of Modern Languages at the University of Los Andes, where he taught courses on scientific and technical translation, documentation and terminology, and participated actively in the creation of a terminological database for the translation service. He currently works in the Department of Translation Studies at McGill University in Montreal, Canada, where he coordinates the translation practicum and teaches classes in Spanish translation, comparative stylistics (English, French and Spanish) and differential history of Spanish. He is the Program Director for Spanish and Portuguese Courses and Academic Adviser to the Certificate and Graduate Diploma Programs. In 2008, he was received as a visiting scholar at the University of Verona, Italy.